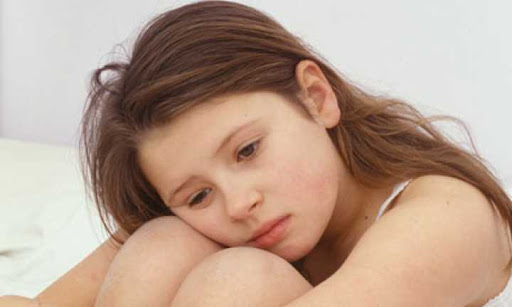 The cause of anxiety disorders is thought to be a combination of genetic and environmental factors. Risk factors include a history of child abuse, family history of mental disorders, and poverty. Anxiety disorders often occur with other mental disorders, particularly major depressive disorder, personality disorder, and substance use disorder. To be diagnosed, symptoms typically need to be present for at least 6 months, be more than what would be expected for the situation, and decrease a person's ability to function in their daily life.
Without treatment, anxiety disorders tend to remain.Treatment may include lifestyle changes, counselling, and medications. Cognitive behavioral therapy is one of the most common counselling techniques used in treatment of anxiety disorders. Medications, such as antidepressants, benzodiazepines, or beta blockers, may improve symptoms. Specific phobias
The single largest category of anxiety disorders is that of specific phobias which includes all cases in which fear and anxiety are triggered by a specific stimulus or situation. Between 5% and 12% of the population worldwide suffer from specific phobias. Sufferers typically anticipate terrifying consequences from encountering the object of their fear, which can be anything from an animal to a location to a bodily fluid to a particular situation. Common phobias are flying, blood, water, highway driving, and tunnels. When people are exposed to their phobia, they may experience trembling, shortness of breath, or rapid heartbeat. People understand that their fear is not proportional to the actual potential danger but still are overwhelmed by it.

Panic disorder
With panic disorder, a person has brief attacks of intense terror and apprehension, often marked by trembling, shaking, confusion, dizziness, nausea, and/or difficulty breathing. These panic attacks, defined by the APA as fear or discomfort that abruptly arises and peaks in less than ten minutes, can last for several hours. Attacks can be triggered by stress, irrational thoughts, general fear or fear of the unknown, or even exercise.
In addition to recurrent unexpected panic attacks, a diagnosis of panic disorder requires that said attacks have chronic consequences: either worry over the attacks' potential implications, persistent fear of future attacks, or significant changes in behavior related to the attacks.

Agoraphobia
Agoraphobia is the specific anxiety about being in a place or situation where escape is difficult or embarrassing or where help may be unavailable. Agoraphobia is strongly linked with panic disorder and is often precipitated by the fear of having a panic attack. A common manifestation involves needing to be in constant view of a door or other escape route. In addition to the fears themselves, the term agoraphobia is often used to refer to avoidance behaviors that sufferers often develop. For example, following a panic attack while driving, someone suffering from agoraphobia may develop anxiety over driving and will therefore avoid driving. These avoidance behaviors can often have serious consequences and often reinforce the fear they are caused by.

Social anxiety disorder
Social anxiety disorder (SAD; also known as social phobia) describes an intense fear and avoidance of negative public scrutiny, public embarrassment, humiliation, or social interaction. This fear can be specific to particular social situations (such as public speaking) or, more typically, is experienced in most (or all) social interactions. Social anxiety often manifests specific physical symptoms, including blushing, sweating, and difficulty speaking. As with all phobic disorders, those suffering from social anxiety often will attempt to avoid the source of their anxiety; in the case of social anxiety this is particularly problematic, and in severe cases can lead to complete social isolation.
Social physique anxiety (SPA) is a subtype of social anxiety. It is concern over the evaluation of one's body by others. SPA is common among adolescents, especially females

Obsessive–compulsive disorder
Obsessive–compulsive disorder (OCD) is not classified as an anxiety disorder by the DSM-5 but is by the ICD-10. It was previously classified as an anxiety disorder in the DSM-IV. It is a condition where the person has obsessions (distressing, persistent, and intrusive thoughts or images) and compulsions (urges to repeatedly perform specific acts or rituals), that are not caused by drugs or physical disorder, and which cause distress or social dysfunction.
OCD affects roughly 1–⁠2% of adults (somewhat more women than men), and under 3% of children and adolescents.
A person with OCD knows that the symptoms are unreasonable and struggles against both the thoughts and the behavior. Their symptoms could be related to external events they fear (such as their home burning down because they forget to turn off the stove) or worry that they will behave inappropriately.

It is not certain why some people have OCD, but behavioral, cognitive, genetic, and neurobiological factors may be involved. Risk factors include family history, being single (although that may result from the disorder), and higher socioeconomic class or not being in paid employment. Of those with OCD about 20% of people will overcome it, and symptoms will at least reduce over time for most people (a further 50%)

Selective mutism
Selective mutism (SM) is a disorder in which a person who is normally capable of speech does not speak in specific situations or to specific people. Selective mutism usually co-exists with shyness or social anxiety. People with selective mutism stay silent even when the consequences of their silence include shame, social ostracism or even punishment. Selective mutism affects about 0.8% of people at some point in their life.
Source: wikipedia