02/08/2020
Overview
Bipolar disorder, formerly called manic depression, is a mental health condition that causes extreme mood swings that include emotional highs (mania or hypomania) and lows (depression).
When you become depressed, you may feel sad or hopeless and lose interest or pleasure in most activities. When your mood shifts to mania or hypomania (less extreme than mania), you may feel euphoric, full of energy or unusually irritable. These mood swings can affect sleep, energy, activity, judgment, behavior and the ability to think clearly.
Episodes of mood swings may occur rarely or multiple times a year. While most people will experience some emotional symptoms between episodes, some may not experience any.
Although bipolar disorder is a lifelong condition, you can manage your mood swings and other symptoms by following a treatment plan. In most cases, bipolar disorder is treated with medications and psychological counseling (psychotherapy). 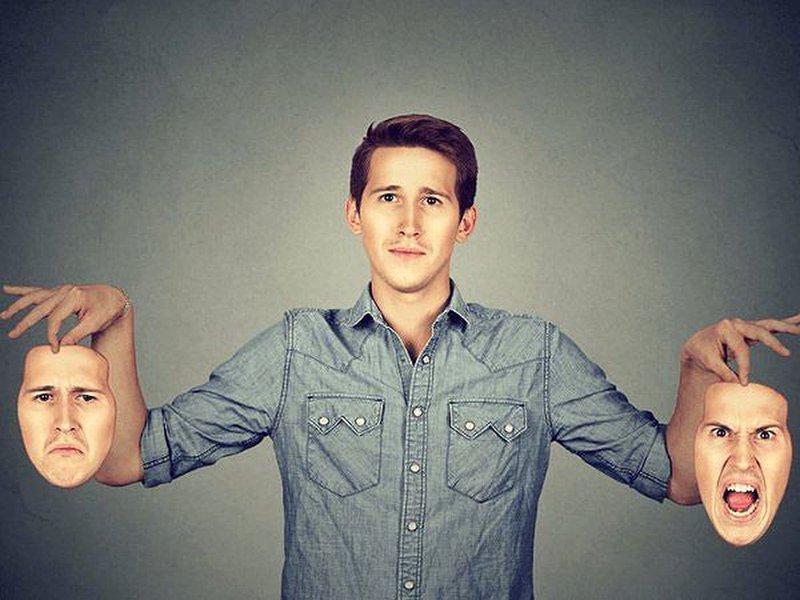 Symptoms
There are several types of bipolar and related disorders. They may include mania or hypomania and depression. Symptoms can cause unpredictable changes in mood and behavior, resulting in significant distress and difficulty in life.
• Bipolar I disorder. You've had at least one manic episode that may be preceded or followed by hypomanic or major depressive episodes. In some cases, mania may trigger a break from reality (psychosis).
• Bipolar II disorder. You've had at least one major depressive episode and at least one hypomanic episode, but you've never had a manic episode.
• Cyclothymic disorder. You've had at least two years — or one year in children and teenagers — of many periods of hypomania symptoms and periods of depressive symptoms (though less severe than major depression).
• Other types. These include, for example, bipolar and related disorders induced by certain drugs or alcohol or due to a medical condition, such as Cushing's disease, multiple sclerosis or stroke.
Bipolar II disorder is not a milder form of bipolar I disorder, but a separate diagnosis. While the manic episodes of bipolar I disorder can be severe and dangerous, individuals with bipolar II disorder can be depressed for longer periods, which can cause significant impairment.
Although bipolar disorder can occur at any age, typically it's diagnosed in the teenage years or early 20s. Symptoms can vary from person to person, and symptoms may vary over time.

Mania and hypomania
Mania and hypomania are two distinct types of episodes, but they have the same symptoms. Mania is more severe than hypomania and causes more noticeable problems at work, school and social activities, as well as relationship difficulties. Mania may also trigger a break from reality (psychosis) and require hospitalization.
Both a manic and a hypomanic episode include three or more of these symptoms:
• Abnormally upbeat, jumpy or wired
• Increased activity, energy or agitation
• Exaggerated sense of well-being and self-confidence (euphoria)
• Decreased need for sleep
• Unusual talkativeness
• Racing thoughts
• Distractibility
• Poor decision-making — for example, going on buying sprees, taking sexual risks or making foolish investments Major depressive episode
A major depressive episode includes symptoms that are severe enough to cause noticeable difficulty in day-to-day activities, such as work, school, social activities or relationships. An episode includes five or more of these symptoms:
• Depressed mood, such as feeling sad, empty, hopeless or tearful (in children and teens, depressed mood can appear as irritability)
• Marked loss of interest or feeling no pleasure in all — or almost all — activities
• Significant weight loss when not dieting, weight gain, or decrease or increase in appetite (in children, failure to gain weight as expected can be a sign of depression)
• Either insomnia or sleeping too much
• Either restlessness or slowed behavior
• Fatigue or loss of energy
• Feelings of worthlessness or excessive or inappropriate guilt
• Decreased ability to think or concentrate, or indecisiveness
• Thinking about, planning or attempting suicide

When to see a doctor
Despite the mood extremes, people with bipolar disorder often don't recognize how much their emotional instability disrupts their lives and the lives of their loved ones and don't get the treatment they need.
And if you're like some people with bipolar disorder, you may enjoy the feelings of euphoria and cycles of being more productive. However, this euphoria is always followed by an emotional crash that can leave you depressed, worn out — and perhaps in financial, legal or relationship trouble.
If you have any symptoms of depression or mania, see your doctor or mental health professional. Bipolar disorder doesn't get better on its own. Getting treatment from a mental health professional with experience in bipolar disorder can help you get your symptoms under control.

Risk factors
Factors that may increase the risk of developing bipolar disorder or act as a trigger for the first episode include:
• Having a first-degree relative, such as a parent or sibling, with bipolar disorder
• Periods of high stress, such as the death of a loved one or other traumatic event
• Drug or alcohol abuse

Complications
Left untreated, bipolar disorder can result in serious problems that affect every area of your life, such as:
• Problems related to drug and alcohol use
• Suicide or suicide attempts
• Legal or financial problems
• Damaged relationships
• Poor work or school performance

Prevention
There's no sure way to prevent bipolar disorder. However, getting treatment at the earliest sign of a mental health disorder can help prevent bipolar disorder or other mental health conditions from worsening.
If you've been diagnosed with bipolar disorder, some strategies can help prevent minor symptoms from becoming full-blown episodes of mania or depression:
• Pay attention to warning signs. Addressing symptoms early on can prevent episodes from getting worse. You may have identified a pattern to your bipolar episodes and what triggers them. Call your doctor if you feel you're falling into an episode of depression or mania. Involve family members or friends in watching for warning signs.
• Avoid drugs and alcohol. Using alcohol or recreational drugs can worsen your symptoms and make them more likely to come back.
• Take your medications exactly as directed. You may be tempted to stop treatment — but don't. Stopping your medication or reducing your dose on your own may cause withdrawal effects or your symptoms may worsen or return.